In 2015, the Canadian Government inaugurated the Express Entry Program, to provide great ease to the skilled professionals, who wish to live and work in Canada on a permanent basis. This system steal the spotlight of millions of immigrants, who have the ultimate dream of doing something big in their lives.

In the Express Entry Pool, the profiles are evaluated on the basis of certain yardsticks such as the age, education, work experience, language proficiency in either of the languages either English or French, close collections in Canada and the arranged employment. Each profile gets ranked on the basis of the Comprehensive Ranking System out of 1200 points. However, if you want to become eligible to apply under the Express Entry Program, you need to score 67 points out of 100 points.
Canada Free Assessment Form

The Federal Government conducts the Canada Express Entry Draws every fortnight (twice a month). Only the highest-scoring profiles receive the ITA’s for the Canada’s Permanent Residence via the Express Entry Draw. Approximately, after every two weeks the IRCC conducts Express Entry Canada Draw by releasing a minimum cut-off score. The cut-off showcases the lowest CRS scores of the candidate who received an ITA from the Canadian Government via the draw.

The candidates who’re selected under the Canada Express Entry Draw, need to submit the applications for Canada’s Permanent Residence within 60 days post getting the ITA (Invitation to Apply).

Didn’t Receive an ITA? No Need to Get Down in The Dumps

Please Note: Express entry profile is valid for 1 year, However once it will expire it will be removed from the system, and you’ll be notified via a SMS.

No worries! You can create a new profile, but keep in mind that with going years, your age will fall and so will your points. So, take the other pathways, to get hold of the Canada PR.

Or find out about other options like family sponsor program to immigrate to Canada.

Keep Yourself Updated with Aptech Global

As you all know future is dynamic. No one can anticipate what’s going to happen next. So, it’s always better to stay updated with the fluctuations in the policies and procedures related to Canada Immigration.

After all “an ounce of prevention is worth a pound of cure.” Get the latest CRS Cut-offs of the Canada Express Entry Draw with Aptech Global, and get the Canada PR without any tussles.

With more than 10 years of expertise, we’ve been providing the best-in-class services to our clients and keeping them secured and updated with the current trends that are there in the Express Entry Canada Draw.

A total of more than 86,022 invitations were sent out of which 65,401 permanent residents and their families were admitted into Canada. The Indians received 42 percent of the invitations under Express Entry system. The number of invitations issued to Indians in 2016 was 11,037, a huge jump from 11,037 invitations issued in 2015.

INVITATIONS ISSUED TO CANDIDATES BY OCCUPATION
“As of January 3, 2018, there were 71,087 active candidates in the Express Entry pool. Improvements made to Express Entry in November 2016 appear to have significant impact on the occupation mix of candidates that received an invitation,” the report added.

Thus, people from across the fields received invitations in 2017 and the highest number of 5,214 invitations were given to Information Systems Analysts and Consultants. The top three occupations invited last year were all in the Information and Technology sector, a sector that has long tapped highly skilled talent from India.

This was followed by Software Engineers with 4,782 invitations in 2017 while Computer Programmers and Interactive Media Developers received 3,479 invitations, and financial auditors and accountants got 2,386 invitations, as per the report. The people who are in advertising, marketing and public relations received 1,497 invitations while retail sales supervisors received 988 invitations.

INVITATIONS ISSUED TO CANDIDATS BY CITIZENSHIP

This data along with other interesting insights from the Express Entry Pool were revealed as part of Immigration, Refugees and Citizenship Canada (IRCC)’s review of the Express Entry economic Immigration system in 2017.
The above table shows that citizens from India received the highest number of ITAs with 36,310 applicants invited to apply followed by China with 7,466 ITAs and Nigeria with 5,130 ITAs.

To find out if you are eligible for Canadian immigration, complete our free online assessment now.

The majority of Express Entry candidates who submitted a permanent resident application to IRCC chose Newfound and Labrador, Nova Scotia or PEI as their province of destination. This aligns with destination provinces prior to Express Entry and has been explained by a combination of community connections, services, infrastructure, and jobs.

Express Entry manages the pool of applications under three economic programs namely Federal Skilled Worker Program, Federal Skilled Trade Program, Canadian Experience Class and Provincial Nominee Program. In 2016, around 34,000 invitations were issued to applicants to apply for permanent residence. Since the launch of Express Entry program a total of 43,202 applicants along with their families have been admitted to Canada as permanent residents.

Provinces, Territories and employers have successfully used Express Entry to meet their labour and regional labour market needs. There were regular invitations conducted that invited 1500 applicants in the month of January and February 2016 followed by smaller invitation between 750-1000 in the month of March and August. During these months a larger applicants were invited for provincial nomination or applicants with a job offer to get additional 600 points.

In September, the invitation numbers began to grow reaching close to 3,000 invitations per round by December 2016. The improvements to Express Entry were also implemented to attract the top talent from across the globe.

INVITATIONS ISSUED TO CANDIDATES BY OCCUPATION:

The Canadian Government issues invitations as per the occupations that have high skill shortage so in the year 2016. We can see that the top occupations that received the highest number of invitations are Information Systems Analysts and Consultants with 1,792 invitations. This was followed by Software Engineers with 1332 invitations and Computer Programmers and Interactive Media Developers with 1,254 ITAs.

This data along with other interesting insights from the Express Entry Pool were revealed as part of Immigration, Refugees and Citizenship Canada (IRCC)’s review of the Express Entry economic Immigration system in 2016. The above table shows that citizens from India received the highest number of ITAs with 11,037 applicants invited to apply followed by China with 2,741 ITAs and Philippines with 1,736 ITAs

The majority of Express Entry candidates who submitted a permanent resident application to IRCC chose Newfound and Labrador, Nova Scotia or PEI as their province of destination. This aligns with destination provinces prior to Express Entry and has been explained by a combination of community connections, services, infrastructure, and jobs.

Apply Now to Get Selected in Next Draw 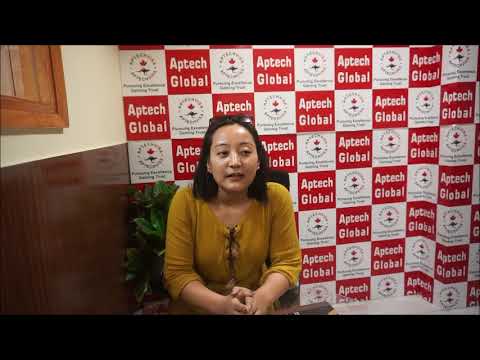 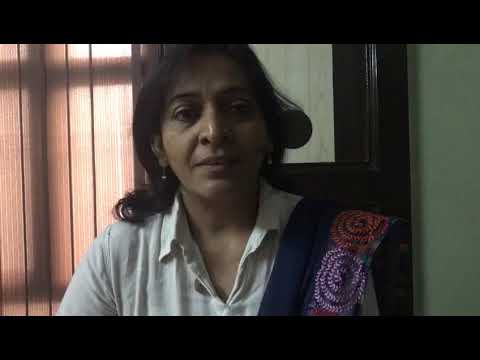 Canada is the most favored immigration destination which popularly known as second largest countr...

Applying for Canada Express Entry? Getting a minimu...

Got an express entry application approval? Congratulations! Half of the puzzle is solved and rema...

How to improve the CRS score for Express Entry?

A point difference in CRS score may make or break your immigration c...

How to Check Your Eligibility for Express Entry?

There are different PR programs offered by Canada to apply for permanent residency. Every PR prog...

What Future Beholds For Express Entry?

Express Entry was introduced in January 2015 to attract high skilled...

Interconnection of Express Entry and Family: Proving the Relationship Between You and Your Family

Canada as a country understands the importance of keeping the family...

The month of April has been a great month for Immigration applicants...

Canada Among ‘Happiest Countries’ Around the World

The World Happiness Report, 2018 published recently on 14th of April has announced Can...