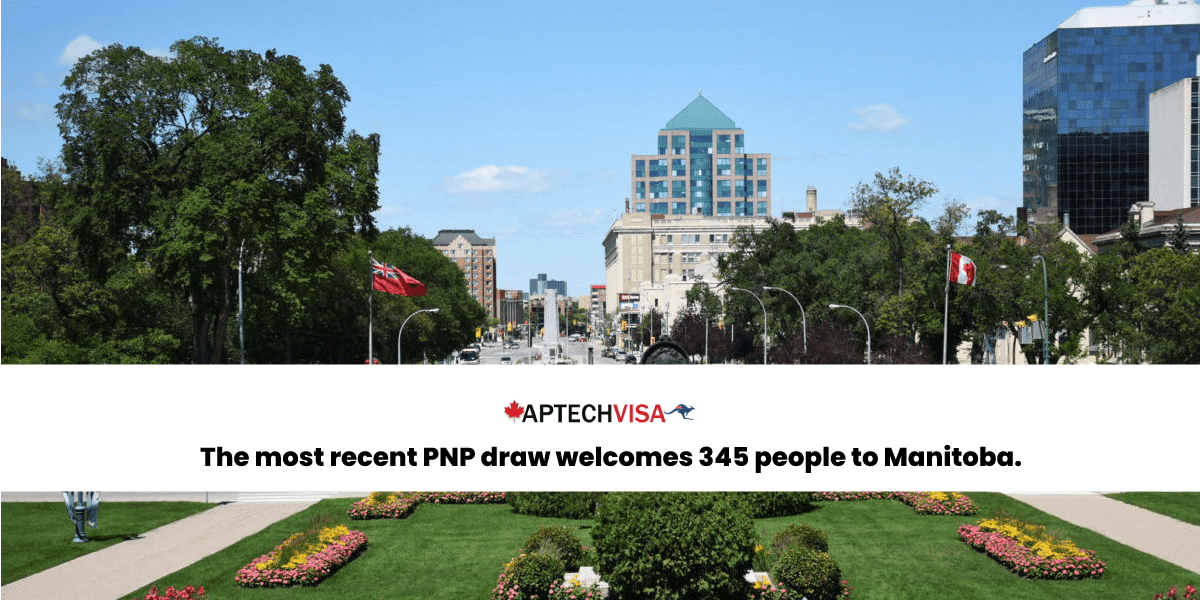 The most recent PNP draw welcomes 345 people to Manitoba.

Manitoba released the results of a fresh immigration draw that was conducted on August 11.

The Federal Skilled Worker Program, the Federal Skilled Trades Program, and the Canadian Experience Class are the three federal high-skilled immigration programs for which Express Entry is the applicant management system in Canada.

Express Entry uses the Comprehensive Ranking System to rate immigration candidates whose profiles are submitted (CRS). Age, career experience, education, and language competence are just a few of the factors that go into awarding points. The top-scoring candidates get invitations to submit applications for Canadian permanent residency through normal Express Entry Draw

Applications made through Direct Express Entry are eligible for invitations to apply for permanent residence in Canada. However, if a candidate obtains a provincial nomination, they increase their CRS score by 600, which makes it more likely that they will be offered an Invitation to Apply (ITA) in a subsequent Express Entry Draw.

The MPNP is in charge of managing Manitoba's immigration programs and facilitating immigration applications to the federal government. Despite the fact that they are unable to provide permanent resident status, Canadian provinces can speed up the application process by making provincial nominations.

If you want a nomination from Manitoba, you must send an Expression of Interest to the MPNP. Following that, you are qualified to submit an LAA application through the Skilled Workers in Manitoba and Skilled Workers Abroad streams.

Then, Manitoba rates applicants' scores out of 1,000, taking into account their ties to the province and other factors related to their human capital.

Candidates from other provinces must demonstrate links to Manitoba, such as close family ties, past employment there, or an invitation from one of Manitoba's strategic recruitment programs. Specifically, your Canada It's not necessary for someone to live permanently in Manitoba at the moment they apply.

You cannot apply under the category of Skilled Workers in Manitoba unless you have a full-time job offer from a provincial company.

International graduates who complete their studies in Manitoba may be invited under the International Education Stream if they can demonstrate that they have skills that are in demand.

Here you may see the previous MPNP draw that was held.

Don't forget to use a CRS POINT CALCULATOR to figure out your CRS points as well.

Additionally, readers can consult the most recent MPNP demand list.