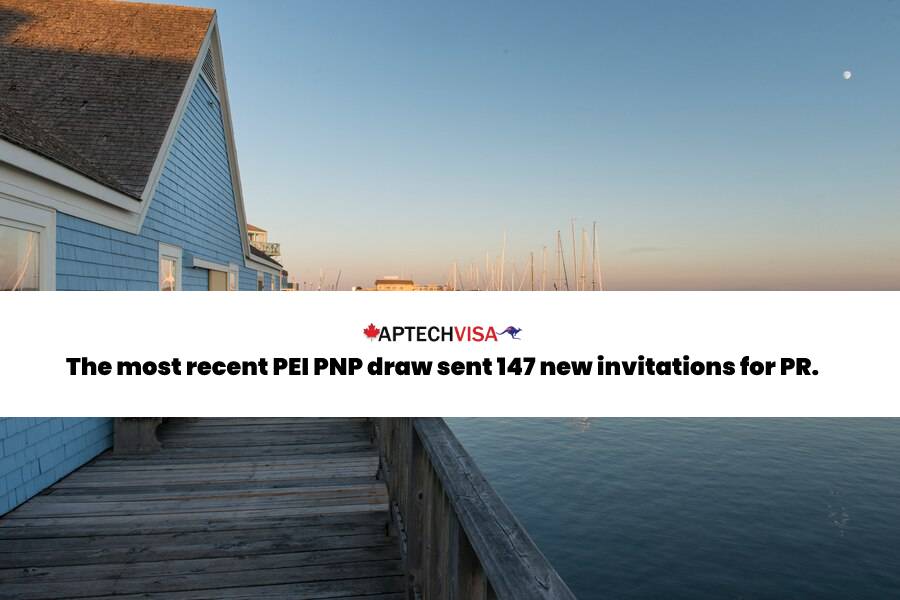 On 15 September 2022 Prince Edward Island Provincial Nominee Program (PEI PNP Draw) invited 147 people for PR in two different categories. Since the draw in December 2021, this draw sent the most invitations under the Labour & Express Entry category in 2022.

Only 5 invites were sent to the Business Work Permit Entrepreneur category, while 142 were sent to the Labour & Express Entry category. Prior to this draw, the most invites (138) under this category were sent.

In comparison to the previous draw in August 2022, the minimum point requirement for business invitations was reduced by 12 points to 85.

PNP draws for Prince Edward Island are held once each month and announced between the 15th and 20th of each month. Prior to this, only 123 individuals were invited to the PEI PNP draw in August 2022, the lowest number of invitations in 2022.

A candidate must also have a valid Expression of Interest (EOI) profile with the PEI PNP in addition to their Express Entry profile under either FSW, FST, or CEC in order to be eligible for the Express Entry category.

ABOUT IMPACT CATEGORY of the PEI PNP Draw

A valid EOI profile under one of the streams—Skilled Worker, Critical Worker, or International Graduate—with PEI PNP is also needed for the Labour Impact Category. Furthermore, it needs the backing of a PEI employer and a legitimate employment offer.

The Business Impact Category is for foreign businesspeople who desire to launch their own enterprises in Prince Edward Island. The cut-off score in this draw under the Work Permit Stream was 60.

One of the marine provinces in eastern Canada is Prince Edward Island. It is also Canada's smallest province. It is situated in the Gulf of St. Lawrence, close to New Brunswick and Nova Scotia. Additionally, this province is distinguished by its red-sand beaches, lighthouses, and rich agricultural terrain.