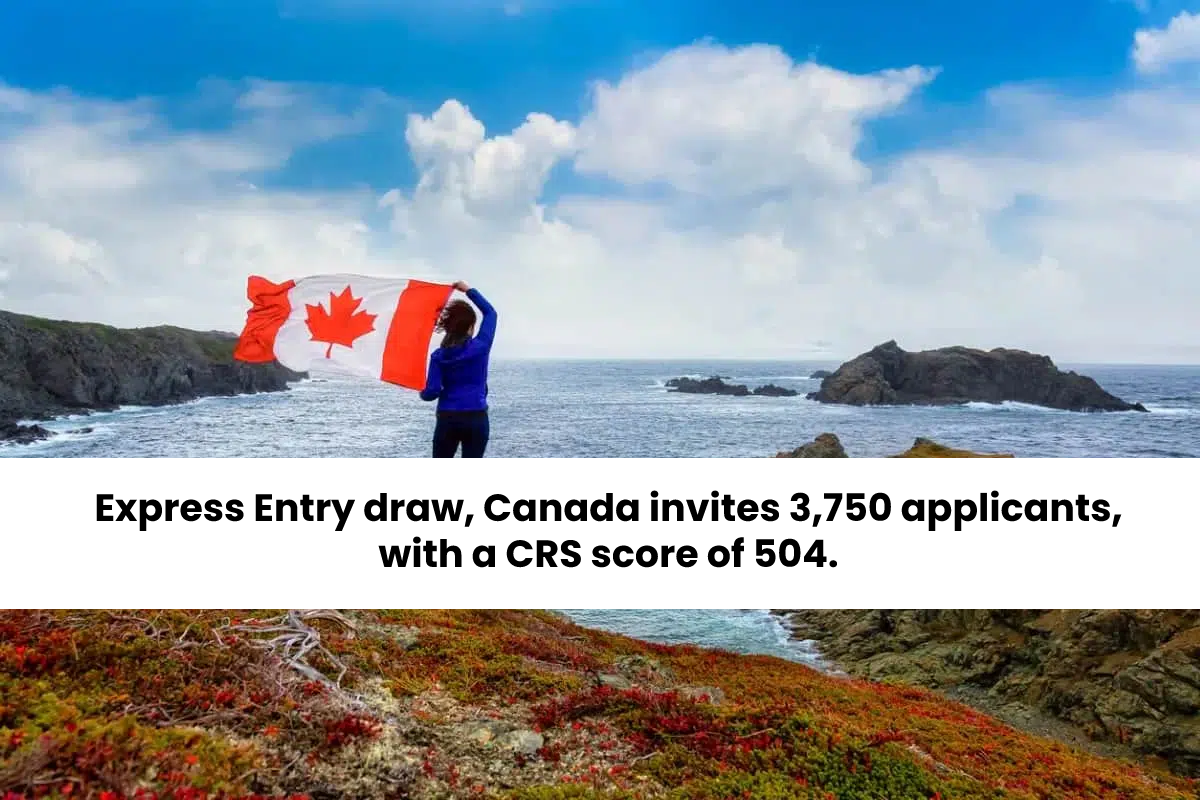 On September 28, 2022, Canada hosted its most recent all-program Express Entry draw. Ever since they started up again on July 6, this was the seventh all-program draw.

3,750 applicants with a minimum Comprehensive Ranking System (CRS) score of 504 received invites from IRCC. Invitations were sent to qualified applicants from the Canadian Experience Class (CEC), Federal Skilled Worker Program (FSWP), and Federal Skilled Trades Program (FSTP), all programs that use the Express Entry system, as this was an all-program draw.

This draw is the third in a row when there were 500 more invites sent out than in the previous round. 3,250 candidates were invited to the September 14 draw, while 2,750 were invited to the August 31 draw. The CRS is likewise at its lowest level since all-program drawings have restarted. Since the CRS scores peaked at 557 on July 6, they have been gradually declining. Scores dropped by eight or nine points for each of the first five draws. Only six points were lost in the draw on September 14; the same was true for this week.

Due to a backlog of applications brought on by COVID-19-related travel limitations, all Express Entry program draws were put on hold for more than 18 months beginning in December 2020. Only applicants from the CEC or Provincial Nominee Program (PNP) received invitations to apply throughout the hiatus. The IRCC also stopped holding lotteries for the CEC in September 2021.

The backlog is shrinking

According to data recently issued by Immigration, Refugees and Citizenship Canada (IRCC), between July and August 31, the backlog for all applications fell from 2.7 million to 2.6 million. The quantity of Express Entry applications waiting to be processed will also decrease as a result.

The majority of the applications currently in the inventory are from PNP applicants. This is significant since certain PNPs, also known as enhanced nominations, are compatible with Express Entry schemes. The backlog of applications under enhanced PNPs has diminished, according to IRCC. However, there has been a rise in PNP applications from people who submit their requests to the respective province governments directly (base PNPs).

Through Express Entry programs, Canada has extended invitations to 28,039 immigrants so far in 2022. This relates to Canada's objective of welcoming 432,000 new immigrants by the end of this year under the Immigration Levels Plan 2022–2024. As of now, it seems like Canada will achieve this goal since more than 300,000 newcomers from all industries have been welcomed.

Job openings at an all-time high One of the reasons Canada has such high immigration goals, including those for Express Entry programs, is the 5.7% job vacancy rate at the moment. The greatest group of Canadians in the working-age population, the baby boomers, will soon approach retirement age and there will be an even greater scarcity of trained workers.

Express Entry will change in 2023 in response to the labor shortage. Soon, the IRCC will have the power to grant ITAs to applicants who have particular educational backgrounds, professional backgrounds, or language skills and who are well-suited to support the Canadian economy and labor force. Because there may be targeted draws that give other characteristics greater weight, this adjustment will have an impact on how important a high CRS is for candidates.

The Comprehensive Ranking Method (CRS), a points-based system used by Express Entry, ranks candidate profiles. The highest-scoring applicants are given an Invitation to Apply (ITA), after which they can submit a permanent residency application.

After the candidate submits the application, an IRCC representative reviews it before reaching a determination. In addition to requesting biometrics, the officer could schedule an interview or ask for other paperwork. The applicant will then be a permanent resident of Canada and one step closer to obtaining Canadian citizenship if this is successful.