If you have decided to live in Alberta then you have made a wonderful choice. Alberta is one of Canada’s most dynamic provinces noted for its spectacular natural beauty, healthy environment, cultural diversity, lively communities and strong economy. It is located in Western Canada and bordered by the Canadian Rocky Mountains to the west and gigantic pampas and badlands to the east.Alberta is considered one of Canada’s most prosperous provinces, and is recognized world-wide for its high standard of living. Alberta is the fastest growing province in the country, with its population surpassing the four million mark for the first time. It is often called as “energy province” because it is the world leader in the oil and gas industry. Thanks to the abundance of work opportunities, the province has become one of the top destinations for immigration to Canada.

Another 200 Applicants Get Lucky In The Latest Alberta PNP Draw

There is low level of unemployment and high demand for workers in the province. The Alberta’s average salary and wage rate are highly competitive with the rest of Canada. The people of this province have the highest average combined income in Canada. Also, the ‘Energy Province’ is one of the safest provinces of Canada with very low crime rate. It is in fact, a pleasant place to live and raise a family. Check your profile in  Alberta occupation in Demand to apply Canada PNPs

Alberta is more than the oil and gas sector. Our diverse economy drives growth in numerous industries, including manufacturing, health care and construction. People from all over the world have started a new life in Alberta. They have successfully settled in the province and happily living their new life there. If you think you have all the qualities desired by the Atlantic province then now is the  best time to plan your Alberta immigrant. The province is in-need of skilled workers who can help their economy grow at a faster pace.Consider living, working, and establishing your career in Alberta for better opportunities and standard of living. Explore your best chances of starting career in this beautiful province of Canada.

Do you want to make Alberta your permanent home? Whether you're already here, or want to Immigrate from another country, we'll help you find the right Canadian immigration program. There is an agreement made by the province with the government of Canada to attract skilled migrants for permanent residence .The Alberta Ministry of Employment Immigration and Industry are involved in decision making to attract and nominate immigrants who matches skills needed in Alberta PNP eligibility.  calculate you alberta pnp Points free and easy

The Alberta Provincial Nominee Program (AINP) is a government immigration program that selects applicants who demonstrate they have the potential and the desire to immigrate and settle themselves and their families in the Canadian province of Alberta. The AINP is the pathway for candidates to apply for Canadian Permanent Residence. Through this program, the prospective immigrants who have the right kind of skills and work experience that is needed by the Alberta Immigration department may receive an Alberta Provincial Nomination Certificate.

The province of Alberta gives you the option of selecting the immigration programs that best suits your Alberta PNP eligibility conditions and the personal preference. Check which AINP category is most desirable for your ultimate Canadian Immigration.

Alberta Self-Employed Farmer Stream: This stream allows applicants having farming experience and personal funds to develop a farm in Alberta to apply for permanent residence. So, to manage your farming business, this stream is perfectly suitable. check here  Alberta PNP Points Calculator for knowing your score

Alberta is the second most popular immigration destination for newcomers surpassing British Columbia. From past many years the recent share of immigrants has increased from 6.9 percent in 2001 to 17.1 percent in 2016. The capital city Edmonton and other larger cities like Calgary and couple of few communities have experienced the economic growth.

Alberta Express Entry Stream This stream allows the Government of Alberta to select the candidates who have their profiles in the express entry pool. A successful nomination under this stream will give 600 additional points towards the overall Comprehensive Ranking System (CRS) Score.  know more..

The candidates applying for Alberta Immigration Nominee Program must be able to furnish certain documents that are essential for successful immigration. The Alberta Government require the detailed information of the applicant coming to their province permanently supported by the documents. The documents vary according to the specific stream under which an applicant is applying.

Therefore, a candidate as well as his/her employer must prepare the require documents and submit them to Alberta government as a primary task for immigrating to the province. As you are a skilled and talented person applying through AINP, consider the below list of important documents and get them ready.  Send Alberta PNP Inquiry

The documents required for Alberta PNP nomination vary by case to case but generally include the following:

The AINP provides these documents by email to the applicants. Make sure you complete the required forms and documents. Mind it a complete application package will increase the chances of faster processing from the government side. The complete package we mean all the documents listed on the document checklist. If you miss out on any document, your application may be returned or declined ask for Alberta PNP requirements.

Please note:- Above documents are required for each of the most common case and who must submit them to Alberta PNP govt. If you can’t locate certain records, make sure to check out our detailed guidelines or  connect experts For Superior Service for professional advice.

We at Aptech Visa prepare all your forms and documents, assembled precisely how the Alberta PNP authority prefers. We mail the complete package to Alberta PNP.Not sure which documents you need? Get a personalized checklist. Learn more about how we can help you, or get started today!


What language tests will the AINP accept and how can i register for them? +

The three designated tests are IELTS (International English Language Testing System), CELPIP (Canadian English Language Proficiency Index Program) or TEF (Test d’Évaluation de Français). The type of test and minimum language standards vary according to the test you are taking. No other language tests will be accepted

How long will it take for the AINP to assess my application? +

The AINP does not reply to questions or requests for status updates. However process timing depends upon number of applications currently in the queue by category and industry. Standard processing timing takes around up to 4-7 months to get AINP nomination.

Is there a fee for submitting an application to the AINP? +

No. There is no cost to submit an application to the AINP.

Does an approval for a nomination by the AINP ensure that immigration, refugees and citizenship canada will issue permanent residence to a provincial nominee? +

No. A provincial nomination does not ensure that a Provincial Nominee will receive permanent residence.

Can my family members accompany me to canada? +

Yes. Your spouse or common-law partner and dependent children can be included as accompanying dependents on your application for permanent residence that you send to IRCC once you are a provincial nominee. This is subject to approval by IRCC. 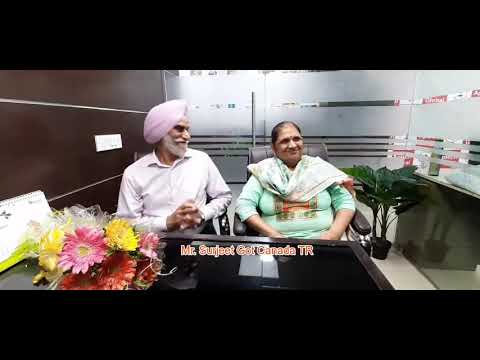 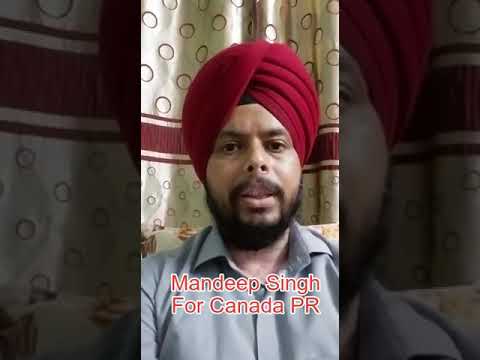 Alberta issued 200 NOIs to the Express Entry candidates in the draw held on April 6, 2021 Read More...

Alberta is one of the appealing provinces of Canada that is surround...

How Long Is The Process To Apply For Alberta PNP?

Are You Wondering to know about Alberta province of Canada and waiti...

Amazing Key Facts All You Should Learn About AINP Eligibility Criteria

Alberta is well known as “energy province” which is loca...

All About Alberta PNP: Opportunity Stream